I started off going to comic book conventions (sometimes they were part of Science-fiction conventions, too) back in the mid 1980’s, when I was at the height of my comic book collecting. (Ah, the 80’s were a great time for so many forms of art: comics, movies, and music, but that’s another story!) These events were great fun, usually held in a big hotel downtown, where you got to meet some of the comic book creators and get your books signed, listen to talks, and meet other fans.

I made some good friends that way, and got some deals on books from dealers who had tables at the “cons” as we called them. And it was always amazing to find out that there were actual people behind the names that were printed in the credits of the books (hey, I was still quite young, so give me a break for being amazed at the obvious!). I got many of my comics signed by the people that made them, which only made the value of the books go up, both as collectibles in dollar value, and in sentimental value to me (I’ll never sell many of those beloved books, I’m sure).

Back then, any sort of “fan” conventions were few and far between, but not any more. I see all kinds ads for big fan cons these days, and hardly any comic book conventions – but I’m sure they are still comic book cons, just not as many as there used to be. I know there are, as once in a while I’ll see an ad for one.

I’ve been debating if I should go and spend the money to rent some table space at one of these big fan cons and display my books for sale. Couldn’t hurt, and I’m sure I’d pick up some readers for my books, and have fun doing it. But which ones to “table” at? I’ve not attended any such events for a few years now, so I’m a bit out of touch.

If any of you out there attend comic book conventions, fan cons, or similar things, would you let me know which ones you like to go to? Then maybe I’ll see you there!

Wow, is it October already? Guess so!

In honour of this most wonderful month that leads up to Halloween (only 30 days to go!), I’ve started to get my Halloween decorations out. Here’s some pictures and a video of most of them, but I still have my Nightmare Before Christmas lights and my mask for my costume to show!

Here’s a video and some pictures :

Robert Burns was a Scottish poet who lived from 25 January 1759 to 21 July 1796. Many of his poems have been made into touching songs.

“Burns Suppers” are held around the time of his birthday each year to commemorate his life and writings, with traditional Scottish food, drink, dancing, poetry readings and songs.

Here’s a great site about him and his writing: http://robertburns.org

Here’s a little story I wrote about a rather…alternative Thanksgiving.

Magical night under the stars honouring the 7 directions, sending healing to Mother Earth. Thanks to all who made it happen. Love to all creatures of the Earth on this feast of fertility!

I was out this evening, listening to the frogs sing and recorded a short video.
Happy Beltane! May Day! May 1st!

Here's a little video I shot on Halloween night

I added some FX and a soundtrack.

Canzine was fun today! It was packed! And, hot! I met some cool new people and got to catch up on my favourite zine Ghostpine! It’s a real work of art in my opinion. I’ve been reading it for years and got to meet Jeff Miller, the author of Ghostpine today and get a bunch of back issues! I got to hang out with Liz Worth as well (see our video blog from Canzine, coming soon). And, I sold one copy of my chapbook “Like Eden After Rain”…better luck next time, I suppose. Though, the last time I had a table at a show I also sold one copy…hmm…

Also, I caught the John Oswald (of plunderphonics infamy) talk at OCAD this afternoon. Great stuff!

Check back soon for some video that I shot of both events. Oh, and Halloween is one week away! 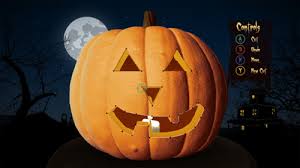 Here is a video I made of the 2008 Zombie Walk:
[youtube=http://www.youtube.com/watch?v=fkxEcuLSo1Y]

My new video on the Go Electric Music Festival 2010